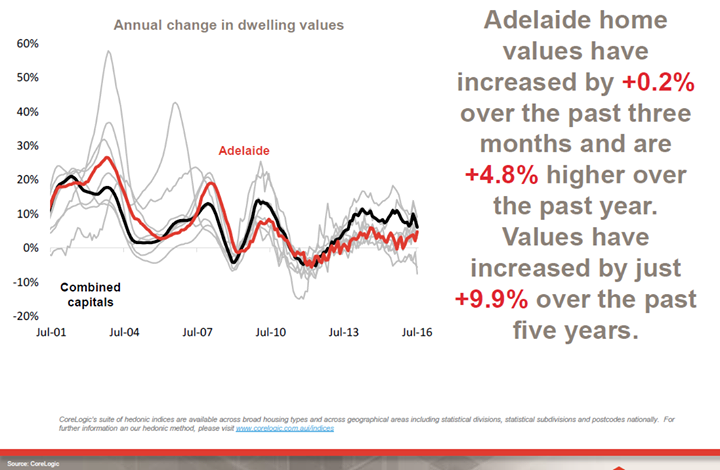 – Combined capital city home values increased by 0.8% in July with values rising in Sydney, Melbourne, Adelaide and Hobart but falling elsewhere
– Home values were 2.9% higher over the three months to June 2016 and Brisbane, Perth and Darwin were the only capital cities in which home values fell
– Over the past 12 months, combined capital city home values have increased by 6.1% which represents their slowest rate of annual growth since September 2013
– Across the individual capital cities, the annual change in home values have been recorded at 9.1% in Sydney, 7.5% in Melbourne, 3.9% in Brisbane, 4.8% in Adelaide, -5.6% in Perth, 6.2% in Hobart, -7.6% in Darwin and 2.9% in Canberra
– In Brisbane, Adelaide, Perth and Darwin, rental rates have fallen over the year for both houses and units