Glenn Stevens: Further interest rates cuts are on the table 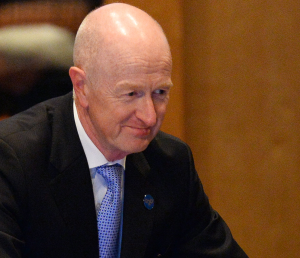 While Stevens suggests that current metrics don’t suggest that interest rates have reached a level that is fostering dangerous forms of risk-taking, it certainly appears that the bar to cutting interest rates further is moving higher.

Unless that trend reverses and the economy fails to accelerate, as the‪#‎RBA‬ and Treasury expect, it’s unlikely that the #RBA will opt to reduce interest rates further given already-heightened concerns about the greatest source of domestic household wealth, Australia’s east coast‪#‎property‬ market.