The RBA can’t lift rates when house prices are …

The RBA can’t lift rates when house prices are falling

House prices are dropping well ahead of a tightening monetary policy cycle, complicating the RBA’s efforts to escape rates at “emergency” levels.

Annual property growth dropped below zero for the first time since late 2012, based on CoreLogic’s newly-released combined index for the eight capital cities. The measure fell by 0.3% in April and by a similar margin over the 12-month period.

It’s true that falling Sydney house prices are dragging the aggregate number lower, where property values are down 3.4% over the past 12 months, the weakest result in 11 years. Melbourne is still recording annual house price growth of 3.7%, although they fell in April, and Hobart is recording double-digit rates of growth.

The recent dip in values needs to be put into context: Sydney prices climbed about 75% between early 2012 and mid-2018.

Fear of spooking heavily indebted Aussie households and not upsetting the economy’s transition from a historical mining investment boom to a housing boom has been a great reason to keep rates on hold, as the RBA did on Tuesday for the 19th consecutive meeting.

AMP Capital’s Shane Oliver tweeted on Tuesday that he doesn’t expect a hike until 2020 thanks to the effect of tighter lending standards. 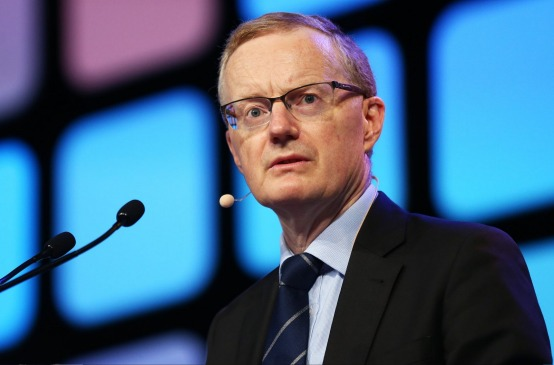 The RBA can’t lift rates when house prices are falling

As regulatory interventions drive house prices down, the prospect of an RBA rate hike grows ever dimmer.