“Its ability to impact and influence is diminishing,” Mr Morrison told The Australian Financial Review in Washington on the weekend.

Mr Morrison’s message on the diminishing value of low rates was consistent with a growing acceptance among central bankers and finance ministers in Washington last week that the efficacy of monetary policy was waning.

However, he emphasised that it was ultimately a “matter for the RBA” to set rates.

“There’s clearly more room there if that’s what the Reserve Bank governor and board thinks is necessary.

After cutting rates in May and August, the central bank held rates steady last week and signalled it would take time to observe the economy and financial conditions before considering any further moves. 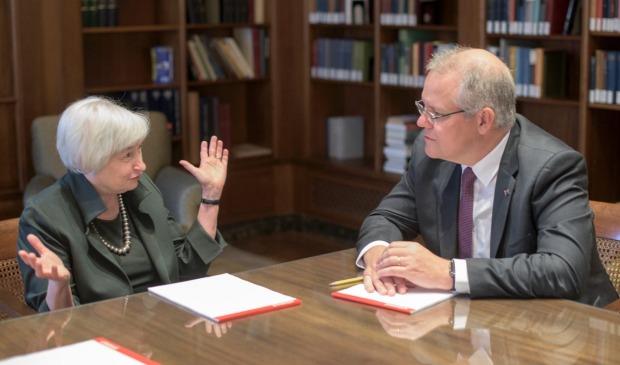