According to the February 2016 CoreLogic RP Data … 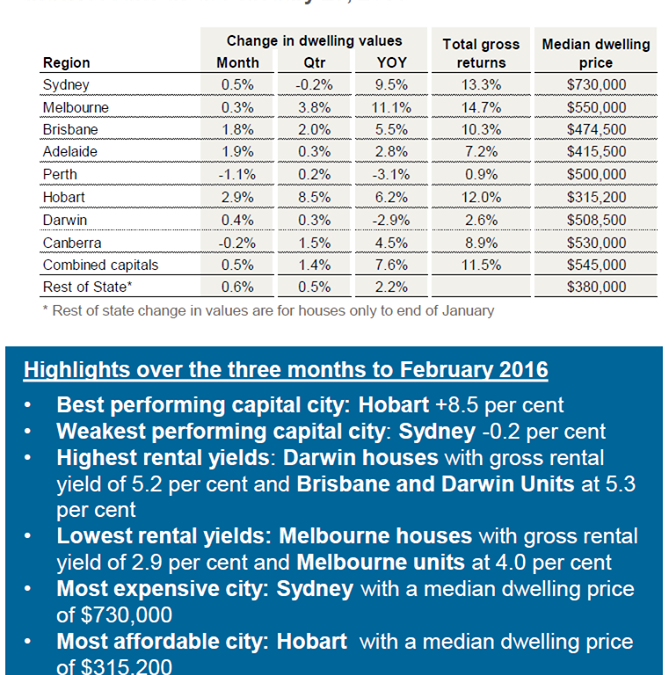 Adelaide had a 1.9% rise last month putting our year-on-year growth at 2.8%. Gross rental yield for Adelaide houses is sitting at 4.1% whilst for Adelaide units it is 4.7%.

According to CoreLogic RP Data head of research Tim Lawless, “The trend in home value growth is showing signs of increasing in those markets that have previously underperformed. These include Brisbane, Adelaide, Hobart and Canberra. Affordability constraints aren’t as apparent in these cities and rental yields haven’t been compressed to the same extent as what they have in Melbourne or Sydney”. 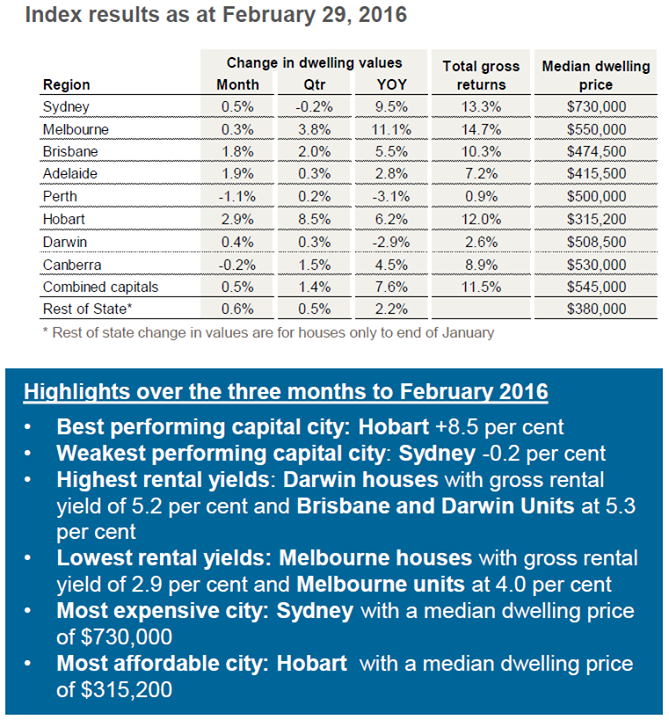