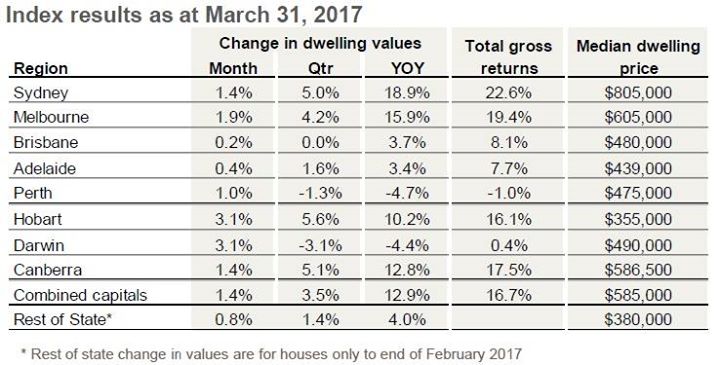 According to CoreLogic head of research Tim Lawless, the March
results highlight the continued resurgence in the pace of capital
gains “fueled largely by lower mortgage rates and a rebound in investment activity”.

The diversity of performance between houses and units is also a current key feature of the housing market. Across the combined capitals index, house values were 13.4% higher over the past twelve months compared with a 9.8% rise in unit values.

Rental conditions have shown a subtle improvement across
most cities but yields slip to new record lows in Sydney and
Melbourne.

According to Mr Lawless the coming months will provide an indication about how investors and lenders respond to new APRA polices released to the market on March 31. He said, “The additional APRA supervisory measures to reinforce sound residential mortgage lending practices in ‘an environment of heightened risks’ focus on dampening investment demand, but not quelling enthusiasm from this segment completely.”