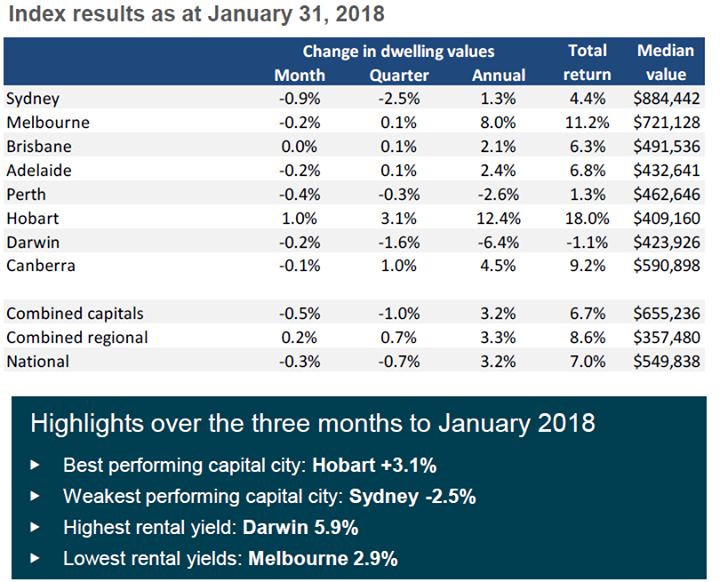 CoreLogic’s January hedonic home value index results revealed, at a national level, a fall of 0.3% for the month, led by a 0.9% fall in Sydney dwelling values.

“In the absence of a catalyst to reinvigorate the market, such as lower mortgage rates or a loosening in credit policies, we expect to see a continuation of softening conditions across these markets,” said CoreLogic’s head of research Tim Lawless.

Mr Lawless said, “Focusing on the results over the past three months, the trend in housing market conditions becomes clearer, with the only capital cities to record a decline over the three months ending January being Sydney (-2.5%), Perth (-0.3%) and Darwin (-1.6%). The remaining capitals are generally seeing dwelling values holding firm or showing only a subtle rise.

The combined regional markets have now recorded a stronger monthly change in values relative to the combined capital cities over each of the past four months.